Why the fight against climate breakdown needs to be community focused 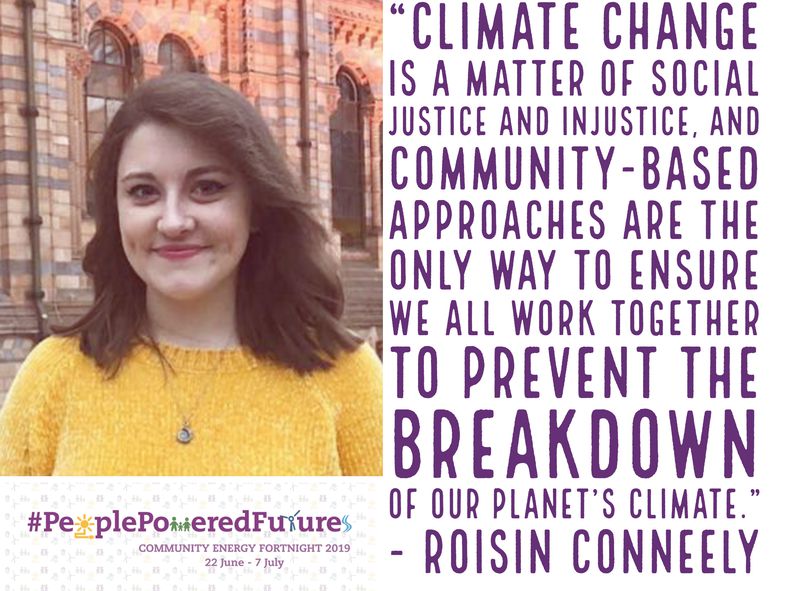 Why the fight against climate breakdown needs to be community focused

We might not immediately think of climate change as a social justice issue, after all, aren’t climate activists concerned with tree-hugging and saving the turtles from plastic straws? Worrying about global warming appears to be the hobby of the well-to-do, and doesn’t actually impact real people…does it?

Well, first and foremost, climate change impacts all life on Earth, including human lives, but, there is a disparity in how severe these effects are depending on who you are and where you live.

The Economics of Climate Change: The Stern Review, published in 2006, stated that ‘the impacts of climate change are not evenly distributed – the poorest countries and people will suffer earliest and most’. Indeed, analysis by Oxfam revealed that, in lower income countries, on average, 14 million people were displaced by sudden and extreme weather events, annually, between 2008 and 2016. Compared to a figure of only one million displaced by such disasters in high-income nations, it's clear to see there is a relationship between wealth and risk of being displaced by climate-related events.

But what about in the UK? Although we may not be subject to such extreme weather events as droughts or tsunamis, as evident from the increasing frequency of floods and heatwaves, it is undeniable that climate change is occurring here too. Average temperatures for Central England have risen by almost 1°C since the 1970s. While 1°C might not sound a lot, as explained in this report from The New York Times, even minute increases in temperature can have catastrophic global consequences, from loss of species to lowered crop yields. So, it’s clear that in the UK, we are not immune to the effects of global warming, but what is also apparent is that, like in so many parts of the world, the impacts of climate change do not hit everyone equally, even within the UK.

Research into the reasons behind such disparity has identified five causes of climate injustice in the UK:

Furthermore, work published by the Scotland and Northern Ireland Forum for Environmental Research claimed that climate change will affect the poorest in society the most, particularly those who are living in high-risk areas, people already deprived by health or income issues, and people who lack awareness of the risks of climate change and the capacity to adapt.

This ‘capacity to adapt’ is key – we can save lives that are threatened by climate change if we help people to understand the issues and adapt to them. This is where community energy may provide a means to mitigate these threats.

Community energy can be defined as low carbon, renewable power which is produced, owned and managed locally. What makes community energy different is that it is driven democratically, by citizens and consumers, with the profits going back into the community. Whilst investors and consumers of community energy schemes may not cite environmental concerns as their foremost reason for getting involved, locally produced, decentralised energy is undeniably going to have a lower carbon footprint than the big business alternatives.

Community-led projects can also be more successful in getting people interested in renewable energy alternatives. A poll from 2012 indicated that 49% of those asked would support the building of a wind turbine within two miles of their home, whilst 22% objected to the idea. However, if such a project were to be community-led, support increased to 68%, and opposition fell to just 7%. This clearly demonstrates that to get the public invested in cleaner energy, we need to give them ownership and control. If renewable energy is demystified and accessible as part of community-based projects, chances are, people are going to pay more attention and be more willing to get involved. UK based community energy projects have seen huge successes so far; as of 2016, community energy organisations have developed 175 new renewable energy schemes across Britain, and a survey by Community Energy England claims that the community energy sector is worth £50 million to the UK economy.

The theme of this year’s Community Energy England Energy Fortnight is ‘People Powered Futures’ – aiming to address how community energy initiatives can empower individuals, as well as future generations, to take climate action into their own hands. Education on climate change; how and why it is happening, who it affects, and what we can do to tackle it, is key to mitigating climate breakdown. Community energy may not provide all the solutions, but certainly offers a way to give autonomy to energy consumers, and ensure that we all have a stake in our planet’s future.

The future of our planet lies in climate action, and climate action cannot succeed without social justice. Eco-activism is open to all, but we need to ensure that those with the most power, the consumers, are informed, empowered, and inspired to take matters into their own hands. Climate change is a matter of social justice and injustice, and community-based approaches are the only way to ensure we all work together to prevent the breakdown of our planet’s climate.

Roisin is a Biology BSc graduate from Queen Mary University of London, currently studying an MRes in Biodiversity, Evolution and Conservation at University College London. She is also the Environment & Wildlife editor for Wild Magazine, an online publication for students interested in sustainability. You can find her on Twitter at @Roisin_Conn