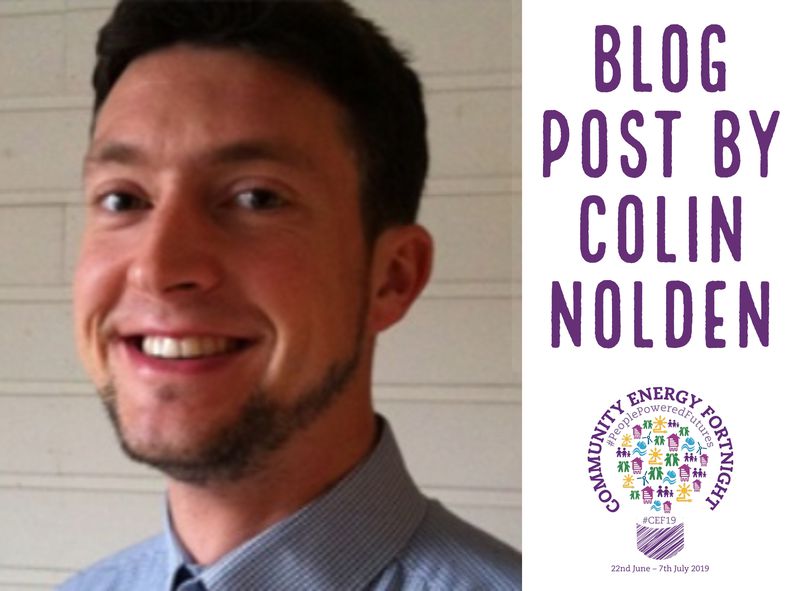 With the Feed in-Tariffs coming to an end and electricity grid infrastructure struggling to cope with increasing penetration of fluctuating renewable energy supply in some parts of the UK, new business models and socio-technical innovation are required to progress Community Energy.

Business models increasingly shift their emphasis towards selling electricity to clients as opposed to receiving government underwritten subsidies (i.e. Feed-in Tariffs). Selling electricity to a client only makes business sense if a Power Purchase Agreement contractually binds a purchaser for 20 years or more because this is how it takes for the cost of a solar PV system to pay off and for the community group to provide a marginal return (rarely more than 4%) to its community shareholders.

One particularly innovative example is Easton Energy Group’s TWOs project. The community energy group is developing a microgrid with its technical partner Clean Energy Prospectoracross two streets in Bristol which will be the first UK microgrid for peer-to-peer trading of its kind. In total 130 homes were asked to join and 60 consented. The 60 houses will receive 120kW of free solar PV generation capacity, the cost of which will be recuperated through electricity price equivalent sales to those homes. The solar PV systems will be owned by a local co-op for 20 years.

This model is possible thanks to Ofgem’s license exemption for suppliers providing less than 2.5MW of power and it enables people who otherwise would not be able to benefit from solar PV derived cheaper bills to do so while also benefiting community groups wishing to sell directly to households rather than exporting to the grid.

Easton Energy Group have experience setting up and running a microgrid powered by renewables and an all-electric air and ground source heating system which supplies Easton Community Centre. The new microgrid will connect to the same substation and a Joint Venture will be set up to run the new project. The microgrid requires the installation of new wires to keep the energy local but cost savings for consumers can be very significant. Innovations such as this, however, are only possible with strong community buy-in, trusted relationships and very high levels of technical skills.

Other community energy innovations that have recently been grabbing the headlinese include the UK’s first physical (as opposed to virtual) Blockchain energy trade. The ins-and-outs of Blockchain are described well elsewhere but what appears evident is its (yet unproven) potential to disrupt the energy sector. Perhaps it is the reason for distributed community energy organisations taking the lead in Blockchain energy trading which appears to be keeping energy leaders awake at night.

The trade led by Repowering London, which took place on Wednesday 11 April 2018, saw 1kWh of electricity transmitted from a solar PV system installed in 2011 on one of the tower blocks in Hackney’s Banister House Estate to a resident living in another tower block within the estate. By combining machine learning with Blockchain, Verv’s renewable energy trading platform succeeded in calculating energy demand profiles of homes and matching supply with demand. This again was possible thanks to a license exemption from Ofgem, in this case through its Sandbox trial.

Both examples indicate not only that change is evidently underway in the energy sector, but that community energy is at the forefront of innovation, both regarding physical and digital distributed electricity trading. Another first, in this case a world’s first (!!), is the use of solar PV electricity to directly power rail, tube and tram systems. The idea, pioneered by Repower Balcombe Director Tom Parker, is being explored under the title ‘Riding Sunbeams’ by a consortium involving Imperial College London, Ricardo, Siemens and Community Energy South.

This project found that subsidy-free track-side solar PV systems can provide electricity to power trains at lower cost than grid electricity. Community Energy is perfectly matched for these requirements. A future pilot phase in the South East of the UK, where most railways run on DC, is likely to focus on 7 sites out of a total of 50 where community developers have already been identified. It is expected that the first tranche of solar traction farms will be community owned and built with 27 PPA contracts supplying Network Rail with electricity that match their current supply contract. As I am typing, feasibility studies are being undertaken and interested organisations from as far afield as India are keen to learn more about this pioneering undertaking.

Partnerships with other organisations such as schools, hospitals, universities, water companies and gas companies also promise long-term PPA contracts with willing partners at prices at or below their current supply contract. One example, again pioneered by Repowering London, is the Energy Garden project. It combines urban food growing with Community Energy through a Community Energy Framework Agreement (CEFA) with London Overground and is projected to save a whopping 75,000tCO2.

These examples highlight Community Energy’s position not only at the forefront of disruptive change in the energy sector but also at the forefront of actively breaking down barriers in the water-energy-food nexus. The small-scale and local embeddedness of Community Energy groups lends itself to such experimentations that utilities and corporations shy away from. Although the end of the Feed-in Tariff and grid constraints may spell the end for many local renewable energy ambitions, new business models and socio-technical innovations are expanding our understanding of what is possible in the Community Energy space.